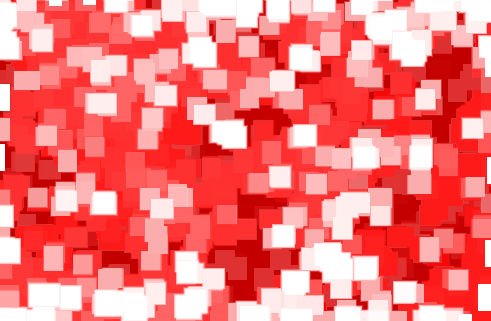 For the image restoration tool I had to implement min and max filters (also erosion and dilation—in this case with a square structuring element). Implementing these efficiently is not so easy. The naive approach is to simply check all the pixels in the window, and select the maximum or minimum value. This algorithm’s run time is quadratic in the window width, which can be a bit slow for the bigger windows that I am interested in. There are some very efficient algorithms available, but they are quite complicated to implement properly (some require esoteric data structures, for example monotonic wedges (PDF)), and many are not suitable for floating point images.

So I came up with this approximation scheme. It uses some expensive floating point operations, but its run time is constant in the window width.

The crux of the algorithm is the following approximation, which works well for 0 < x_i < 1, p \gg 1.

I am not going into the mathematical details of why this a fair approximation.

To turn this into a max filter is straightforward:

Raise each pixel to the power p.

The summed area table (or integral) of an image is a table containing in each cell (x, y), the sum of all the pixels top and left of (x, y); for the power image P it is given by:

Update: This can be efficiently be calculated using the following recurrence:

Use the cumulative image sum to calculate the mean in the window. Here, r is the window radius, A stands for average:

Initially I thought that once the maximum can be found, we can also find the second maximum, and so on, so that any statistical order filter can be constructed.

The basic idea was that if m_1 is the maximum, we could find the second largest value like this:

I should have know it seemed too good to be true!

Update: while looking for links for this post, I found this article: Robust Local Max-Min Filters by Normalized Power-Weighted Filtering (PDF) which initially looked like it was essentially the same thing. Although it is very similar, it is in fact different. The approximate maximum is given by the value:

Using p \ll 0 gives an approximation to the minimum.

The nice thing about this approximation is that it seems to work well for all real x_i, not just for 0 \leq x_i \leq 1.