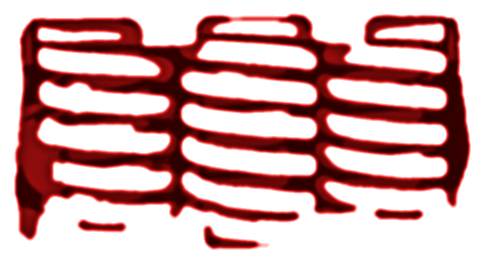 It is sometime necessary to move an object in a physics simulation to a specific point. On the one hand, it can be difficult to analyse the exact force you have to apply; on the other hand it might not look so good if you animate the object’s position directly.

A compromise that works well in many situations is to use a spring-damper system to move the object.

The spring force is proportional to the difference between the current position and the position where we want the object:

Here, k is a positive value called the spring constant.

When there is friction or drag, we might be lucky enough for the system to slow down the object sufficiently so that its velocity becomes zero when the object reaches the desired position. This can be tricky to accomplish, though, and might impact the simulation environment in undesirable ways.

It is better to add a counteracting force explicitly. We add a damper force that is propostional to the velocity of the object, again opposite in direction. Here c is the viscous damping coefficient, also a positive number.

We then apply the sum of the forces to our object:

The trick is to choose c to get the behaviour we want.

Fortunately, this is easy. The following table summarizes how the damping constant affects behaviour. Here, m is the mass of the object.

If you want to see an explanation of how this works, see the Wikipedia article on damping.

By choosing c = 2\sqrt{mk}, we are left with only one parameter to tweak (the spring constant), with which we can adjust the time it will take for the object to reach the desired spot.

A simple implementation of this idea is given by the following function. The function should be called for every simulation frame, until we are satisfied that the object reached its spot:

This will work even when there is drag or friction, except that the object will move slower (in this case we can decrease the artificial damping, although it is a bit risky). When there is an external force applied to the object, the object will come to rest at some point away from the desired position. By increasing the spring constant, the distance between this point and the desired point can be made smaller. Thus, we can also use this scheme to maintain objects at a certain height, for example, which can give a rather realistic simulation of a hovercraft or even a drifting object.

Update: This is an example of a PID controller (proportional–integral–derivative controller), for which there is a C++ implementation in my Special Numbers Library.