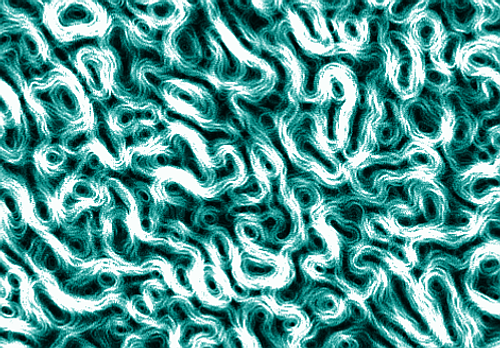 A while back I wrote about a simple texture algorithm that I have been exploring. The Python implementation was very slow – so much, that I decided to implement it in C++ to see what performance gain I would get. Surprisingly, the C++ version is about 100 faster, if not more. I expected a decent increase, but what once took several hours can now be done in a minute!

Not all of the performance gain is because of using C++ instead of Python. The Python version uses a data structure (an “enhanced” grid) that provides a lot of fancy syntax for operating on a grid. For instance:

I am a big fan of late optimisation, especially for experimental code. But this incident has made me re-evaluate my position. After I had the fast C++ version running, I could do hordes of experiments very quickly – which meant I got a much better intuition of how parameters influence the resulting texture.

It also made me realise how important it is to check the performance of supporting data structures, even if they are merely convenience structures in non-production code (as is the “enhanced” grid).

One of the things that struck me about the textures that this algorithm typically produces is the shapes of blotches of similar colour. I have been trying to enhance (and take advantage) these shapes by applying various filters on the texture; below are the results.