Random steering is often a useful for simulating interesting steering motion. In this post we look at components that make up a random steering toolkit. These can be combined in various ways to get agents to move in interesting ways.

You might want to have a look at Craig Reynolds’ Steering Behaviour for Autonomous Characters — the wander behaviour is what is essentially covered in this tutorial. The main difference is that we control the angle of movement directly, while Reynolds produce a steering force. This post only look at steering — we assume the forward speed is constant. All references to velocity or acceleration refers to angular velocity and angular acceleration.

Whenever I say “a random number”, I mean a uniformly distributed random floating point value between 0 and 1.

These are the variables we can alter to make the agent steer. For a fuller treatment of these basic quantities, see Basic Rotational Quantities. You might also like to check the Wikipedia article Random Walk.

Angular displacement is simply the current angle of the agent (relative to some fixed direction, such as the positive x-axis).

If you decide to make the angular displacement random, you calculate the new angle as:

As can be seen from the graphic above, the result is very erratic, and not very organic. We can get a better impression of intent if we limit the angles in a certain range (by setting the max_displacement to a lower value than 180), as shown below.

Changing the velocity results in smoother behaviour. The smoothness depends on the maximum allowed velocity.

Changing the distribution of the random numbers we use changes the motion.

Perlin noise is very suitable for rugged organic types of motion. I won’t cover how to produce Perlin noise — see this tutorial.

We can also use a handcrafted distribution curve. See the post Generating Random Numbers with an Arbitrary Distribution.

Instead of allowing all angles, we can limit the angles to a discrete set, for example only angles in the set 0, 90, 180, 270. Motion generated from a discrete set is very mechanical.

We can also map Perlin noise to a discrete set, leading to an agent that follows a direction for a longer time.

Random vector fields can be useful in certain cases. In general, it is impractical to generate a random vector for each pixel. Instead we generate vectors for a sample grid (say every 10th pixel in every 10th row), and use interpolation for the other pixels. The lower our sampling rate (i.e. the further sample pixels are apart) the smoother the motion will be.

Vector fields can also be used to bias random numbers. This is useful when the vector field represents landscape features. Thus the field will only “influence” the behavior of an agent, and not control it directly. One very easy way to do this is to use the following formula to adjust the angle:

Where vec(x, y) is the angle obtained from the vector field (possibly interpolated as described above), and r_1 and r_2 are two random numbers.

The sine function have properties that makes it very convenient to use for this purpose:

Saw tooth functions and square wave functions have all these properties, except that they are not smooth.

In the images below, the parameter t is incremented each time step.

When combined with angles from a discrete distribution, we get the machine-like behaviour (similar to using Perlin noise mapped to a discrete set as above).

Sometimes we would like to change the distribution of a randomly generated angle based on the current steering angle. We can use transition tables for this.

Now, at each simulation step, we check the current angle, and choose the appropriate row of the table to work with. Now we generate a (uniformly distributed) random number. Then we check it against the values in the row. The left most cell that is bigger than the random number is the one we want to work with – it denotes the range of the new angle. Then we simply generate a random number in this range. In practice we don;t need the last column.

The table above can be interpreted as follows:

We can smooth out the results by using a 2D response curve, but this can be tricky. Also, we need to specify many values to get the 2D distribution we want.

In a special case we can follow a two step process instead. We use two tables:

This leads to fairly regular movement, as shown in the figures.

It is sometimes easier to steer towards a generated path than to control the steering directly. Using paths have several advantages:

Steering on a path is covered in Reynold’s paper – here we look at a two simple random path generating algorithms.

The algorithm used to generate new points will determine the characteristics of the final path. Here are a few examples:

Start with a line, a circle, or some other simple figure, and add sine functions to it. For example, a circle’s equation in polar coordinates is:

r_i can be chosen constants, or randomly generated numbers.

Again, saw tooth and square wave functions are also suitable for adding to the base path. Other functions can also be used, although you should take care that they stay witin a predefined range.

Most of the principles discussed here have been implemented in the following Game Maker file:

Read the README file in the scripts folder (inside the Game Maker file).

This is a C++ implementation of Reynolds’ steering behaviours that can be plugged into a game or simulation. 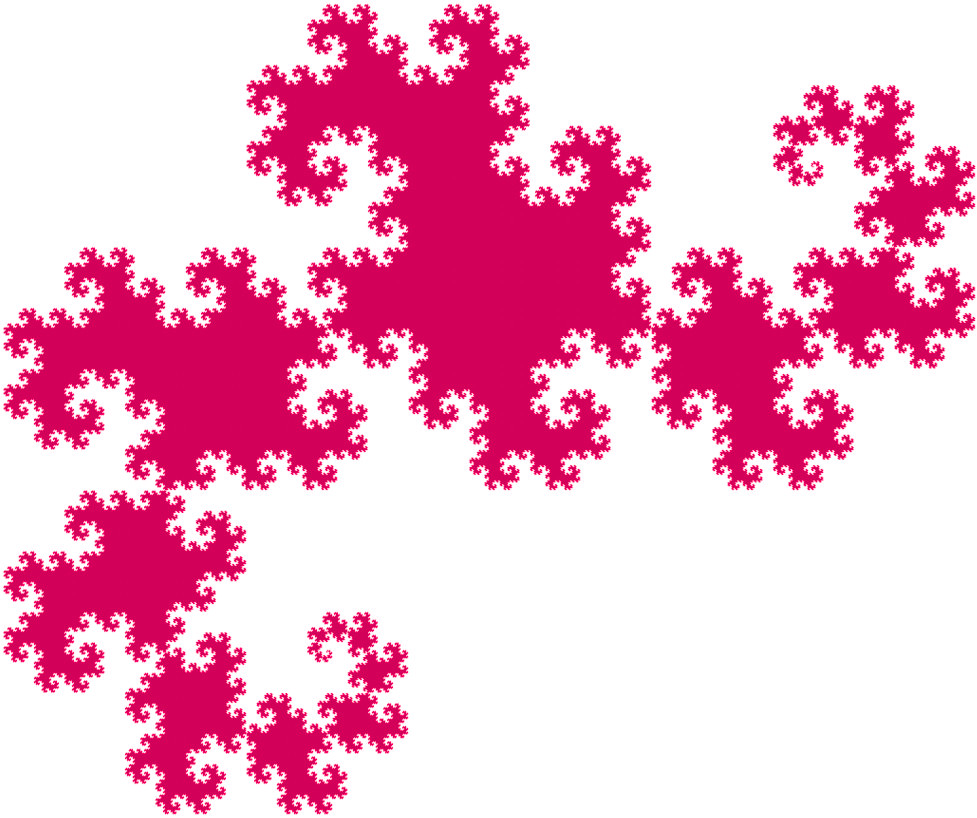