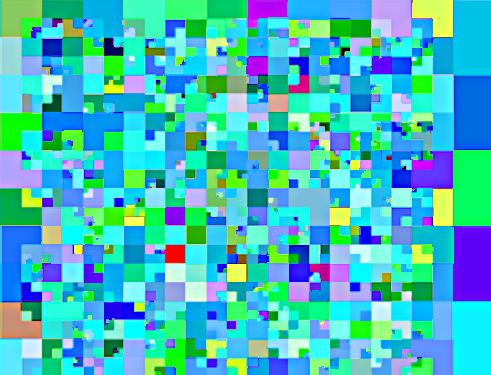 The interfaces of all quadtrees are the same, but I did not want to extend from a base class. (Instead, a compile time check is performed on the classes, using boost concepts).

The results of the performance (on my machine!) of the trees are as follows:

As it turns out, the different implementations do not differ significantly. Constructing the nodes takes long, and not so much the calculations necessary to determine whether a node should split or not, and what data should be in the node. Had I profiled properly before I started I would not have gone through this exercise…

The one good thing that came from this experiment is that I found out that using a zero-augmented summed area table can increase performance quite a bit. This is useful for max-filters and other algorithms that use these tables.

(It requires the boost library for concept checking, but nothing else. Everything will still work if you remove all references to the boost library. If you already have boost, just hook up to the include path in Visual Studio).

…or read the online documentation.