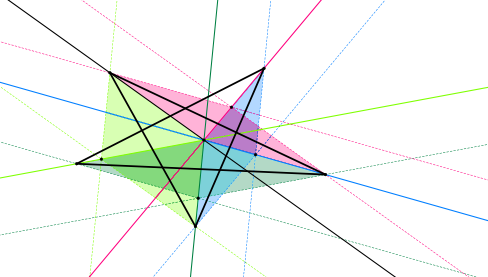 A while back I developed a mild obsession with pentagons (mathematical ones, not symbolistic!) It started when I discovered some beautiful (simple and to me, unknown) theorems of quadrangles, such as  Varignon’s theorem. I already came across Miquel’s pentagon theorem, and wondered what other gems I could find.

My search was on the surface a bit disappointing: pentagons as such are not widely studied. I guess it is because some more general theorems (that apply to general polygons) contain the theory, and the specifics as applied to pentagons are not so interesting.

Nevertheless, I did discover a few theorems, and the journey took me into some very interesting corners of geometry; a very rewarding experience. I started to collect these into a document, which is shared below. It’s not comprehensive or complete; there are a few gaps.

(At some stage I may return to look at this again. In particular, there are many theorems of the type “if there is n, there is n+1”, which seems to me to hint at a very general theorem which can be used to prove a bunch of specifics.)

Also, when I started, I did not realise how many of the theorems will generalise to general polygons, so the collection looks a bit silly in retrospect (kind of like listing all the properties of the number 8 that equally apply to even numbers).

Even so, what’s done is done, and can perhaps satisfy someone else’s curiosity. 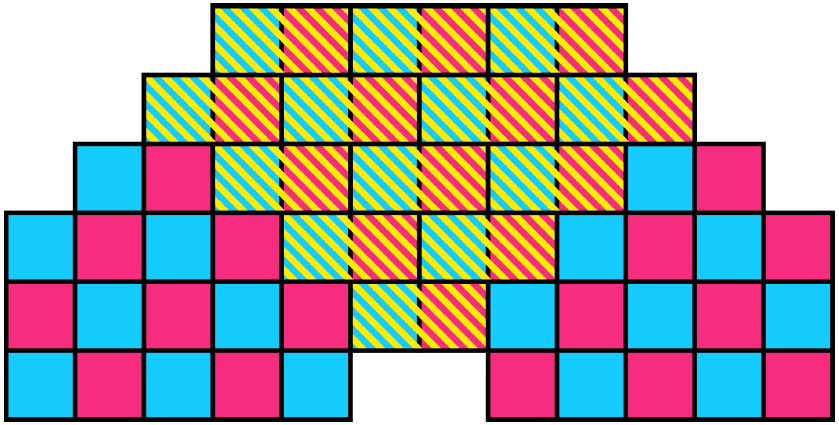